"Making use of a newly discovered physics, our contact mode high-speed atomic force microscope (HS-AFM) is the fastest in the world by several orders of magnitude. The HS-AFM moves the sample in a raster pattern and engages a sharp tip with the surface in order to map the samples topography with nanometre lateral and sub atomic height resolution over millimetre sized areas.  The tip can be thought of as a finger passing across a surface, not only is it possible to map the height of the surface, it is also possible to map the local stiffness, thermal and electrical properties at the same time.

Typical applications: The HS-AFM typically collects data at 2 million pixels per second, however this can be increased to 10 million pixels per second if required. These pixel rates allow the HS-AFM to image millimetre sized areas in under a day, a task that would take a conventional AFM in excess of a year of continuous imaging. Examples include: vast sampling of nanostructures for unbeatable sample statistics and measurement certainty, and mapping of nano-structures across large areas. In addition to imaging large areas we can use the high pixel rate of the instrument can be used to observe nano and micro scale dynamic processes with millisecond temporal resolution. Examples include: corrosion of metallic surfaces, formation of crystals and salts, and bio-molecular processes."

Contact-mode high-speed atomic force microscope capable of up to 10 frames per second with a scan size of 4 x 4 microns. Operates in air, gas and liquid environments. 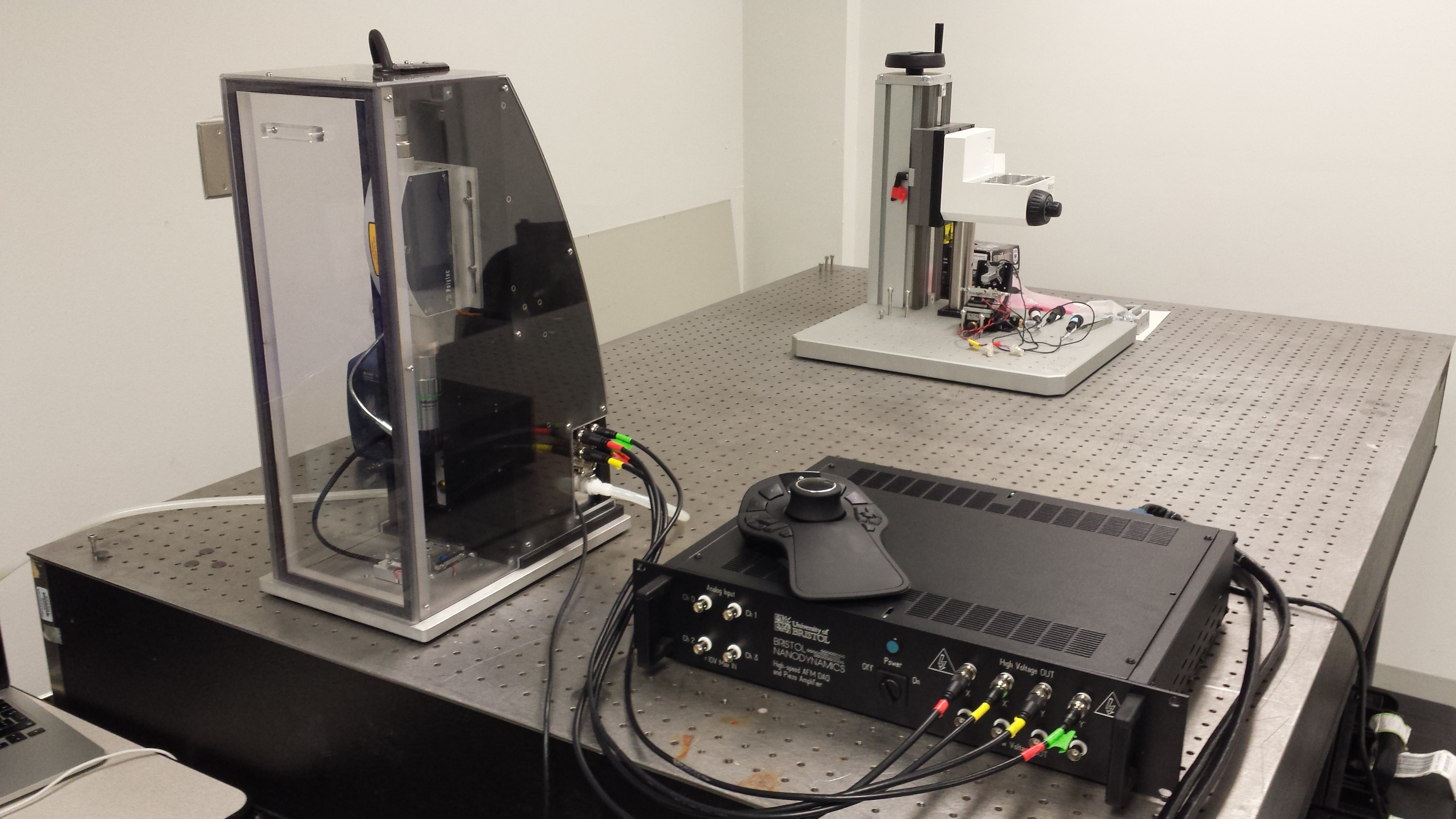 You are currently viewing only those items made visible to the public. Click here to sign in and view the full Bristol catalogue.